Persecution is the primary reason that these communities are the largest Christian movements in the world. Christians have to hide and find refuge in house church communities so their governments will not break them up and throw them into prison. I have witnessed many miracles throughout these communities. They are quickly multiplying, and I believe this has been God’s plan from the beginning.

In Thailand today, the demographics are 95% Buddhist, 4% Muslim, and 1% Christian or other. I live in South Thailand (Ao Nang, Krabi) and the people there claim to be 20% Buddhist, 80% Muslim, and basically 0% Christian or other. There has never been a major move of God in Thailand, and some believe it is because there are so many idols and high places that are set up in Thailand.

Thailand is home to Theravāda Buddhism which promotes five basic precepts for the common Thai person. If a Thai becomes a monk, then they try to obey 227 commands (and for nuns, they have 311!). Buddha said “Do not make an idol of me and do not worship me.” But in Thailand, every major city has a “high place” just like in the Old Testament, and the principal idol there is a Buddha!

A Lifestyle of Shared Community

One of the great things about Thailand—something I have learned from living here and I notice is often missing in America—is that organic community still rules the lifestyle here. Thai nationals live, work, and play as a community. For the first time in my life, I actually feel and see that I am a part of an organic community in Ao Nang.

Community is one reason that home churches are a positive and natural way to get involved in religious services. One thing that Thai nationals all expect is, after the service, they all eat together. In the USA, I do not know any churches that have a meal together right after their service…in the church building…where the service took place! In Thailand that is common and expected. The main thing keeping organic Christian community from growing here is other religions and the feeling that Christian services are not a community meeting but a farang (foreigner) get-together not in a native Thai style.

In one sort of organic community church with around 12 people, we would do worship, preach a small sermon, and then break up into groups of 3 (so most of the time we would have only 3 or 4 people in each group). People aren’t allowed to just walk into the doors of a church building and then just walk out. We try to get them connected to a real organic community so they can talk about the things of God.

After hearing the sermon preached, everyone talks and discusses the following questions:

In this model, especially in very small groups like ours, everyone gets to talk about God, and major witnessing, discipleship and evangelism takes place Young people get to practice communication, older people get to share their wisdom and experiences—community happens and grows. To me, that is what true “organic community” is and should be about.

I do not pray for these alone, it is not for their sake only that I make this request, but also for all those who will ever believe and trust in Me through their message, that they all may be one; just as You, Father, are in Me and I in You, that they also may be one in Us, so that the world may believe without any doubt that You sent Me.

My last thoughts…I have been out of the USA for over 10 years now. One of my biggest lessons that I really want to share with the organic community there is unity. America is the “greatest nation on earth” but the people have forgotten the deep meanings of “In God We Trust” and “One Nation Under God”.

When you live in a 0% Christian area, you have to die to self and learn to submit to Jesus’ prayer of unity and community. This attitude is the same as in the 1st-century Christian church in the Book of Acts. One of their divine pressures for unity was persecution.

My biggest change from American Christianity to Thai Christianity was denominations. In Thailand, all the denominations have to come together because there is so few of us. That is the way it will be in Heaven because there are no denominations in Heaven! We have Baptists hosting Pentecostal “Holy Spirit” meetings and Thai Baptists speaking in tongues! Many of the house church services in Thailand open in Spirit-led prayers and worship, and then close with old Catholic doxologies.

Being mature in Christ has nothing to do with age or length of time saying that you are a Christian. Maturity in Christ has to do with your level of sacrifice…submitting to Him, dying to self, and living and obeying everything God tells you to do. And the first thing God tells us to do, the main prayer that Jesus is praying for us is, to be one in God and one with each other. May the world see the miracle of Jesus in the hearts of people becoming one in Him! 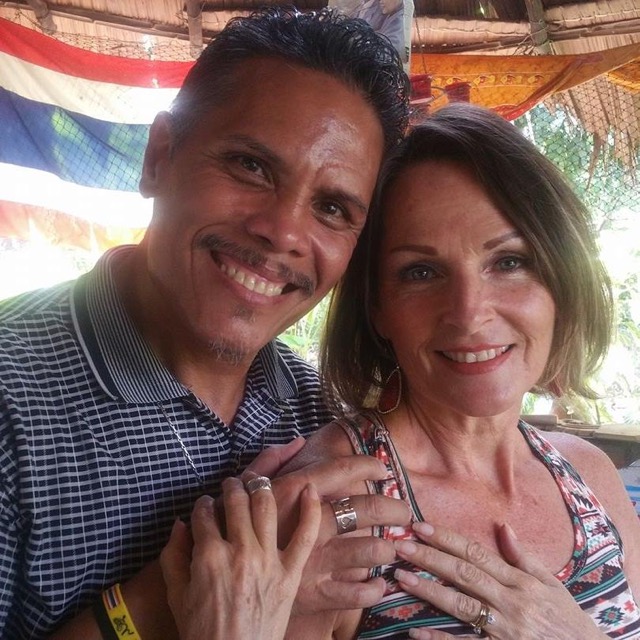