Community is the heart of being a Christian. I don’t mean simply socializing over coffee with small talk that could be heard at any business function. It is finding a deeper connection with others through a mutual relationship with the Holy Spirit. Community requires challenging introspection and sharing in a truly soul-to-soul exchange.

We spend our time texting, on social media, and sending email, leaving a yearning for something more. The disconnect of modern life is an opportunity for the Church to fill that gap and become a vessel for creating fulfilled, holistic human beings. Instead of reaching to meet that desire, across multiple denominations it is swept aside and occasionally actively spurned.

I came out of a traumatic event feeling broken and desperately in need of community. The pain was gnawing at me, and I needed a church family that could be there to help me transition out of the experience. Two years later, I only knew one person’s name, and barely managed to get a handshake during Passing of the Peace. Cliques had already formed in the congregation, and they had no interest in welcoming a single woman wandering into their midst. I was surrounded by a crowd and had never felt so completely alone, rejected, and ignored.

Before and after the service, congregation members rushed to talk to their pre-formed groups, and after a tertiary nod from the assigned greeters, I might as well have not existed. I wish I could say it is an isolated problem, but having moved over ten times in my lifetime and attended dozens of churches in each new town, I can name only two communities who made me feel welcomed, rather than an unwanted stranger. This is not acceptable—my local comic book club demonstrates more loving support than I have received from several groups of Christians.

Your love for one another will prove to the world that you are my disciples.

With the amount of anger-filled rhetoric regarding the current political and social situation, it is easy to overlook wounds caused by unintentional exclusion. When is the last time you actively looked for the newcomers in your congregation and made a point of going over to them? During Passing of the Peace or after the service do you immediately go to find your friends, or turn to the quiet visitor who is sitting awkwardly in the pew next to you? It may seem like a small act of love to acknowledge the people beside you, but I have lost track of the number of churches where I attended multiple services before anyone spoke to me, even when I tried to approach them.

Being cold shouldered on a regular basis in a place that should be the opposite is emotionally draining. When going to church is dreaded instead of a joy, there is a problem. Gathering together to worship God is also about being together, not just an awesome worship band or taking the sacrament. When there is no community, what is the difference between sitting at home watching a video broadcast of a church service and actually being there?

Finding a Place to Connect

Small groups such as Bible studies are a direct way to connect and build relationships over time when trust has been established, and can become meaningful opportunities for community. The challenge there is finding times that fit within busy schedules, especially with younger people such as myself who are juggling multiple jobs and evening classes.

The most effective way to an in-depth gathering is through organized retreats. There are several beautiful and thought provoking retreat houses in my area, and I would encourage you to reach out and discover those near you. Taking a weekend to be with each other and God creates an atmosphere that fosters communication and connection that is different from showing up at a church for an hour on Sunday. It was at a retreat that I first opened up about how miserable and alone I was in a congregation that had no interest in reaching out to newcomers, and I finally found the courage to leave.

No one has ever seen God. But if we love each other, God lives in us, and his love is brought to full expression in us.

The Church is flawed, as we are, and a solution will not be found overnight. But if each of us acknowledges that we need community and works to nurture it, change will happen. Let us come together, realizing that the love of God extends to everyone, not just a core group of church friends. Question the status quo when it is not healthy, and push for more opportunities to listen and care for each other. The Dominican Order considers community to be one of the four pillars of spirituality—go out and prove them right. 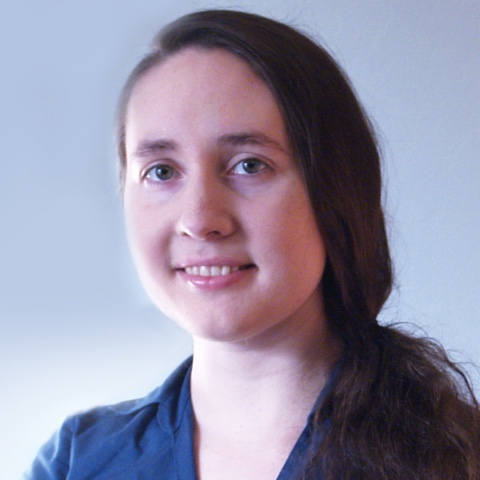 Alexa Chipman is a graphic designer, writer, and artist. She is the author of the popular radio drama series Maudelayne and has been nominated for eight Parsec awards including twice as a finalist. Her latest book is SHATTERED of the House Jaden series.