2013 was the year that racism became personal.

I grew up in the deep south. Derogatory comments concerning people of color were very common. The “N-word” was frequently heard in everyday conversations. Even though I didn’t think I was racist personally, this created mindsets and stereotypes deep within my heart which I still have to work to undo to this day.

But in 2013, I became the father of an African American boy through adoption. Suddenly, I could no longer view racism as something outside myself or someone else’s problem. Those derogatory comments I’d ingested all of my life now became personal, because they were directed at my son. My sweet baby boy.

Our son was born in Louisiana, so we traveled south to meet him. On the way we stopped at the Civil Rights Institute in Birmingham, Alabama. The experience was moving and eye-opening. Certainly I had learned about the Civil Rights movement at some point growing up, but it seemed as if the teaching came from an “us versus them” perspective. The tour of the institute proved there were many holes in my understanding of what had really transpired.

It was shocking to realize that, only a little more than 50 years ago, African Americans could not ride a public bus across state lines. Read that again if you must and let it set in. In this “land of the free,” our fellow citizens were not actually free. Black people were required to drink from separate water fountains and eat at separate restaurants.

As we viewed the exhibits, it was glaringly obvious that what was about to transpire in my own life—a white family adopting a Black child—would have been all but impossible just a half-lifetime ago. I would not have been able to take my son to the movies, because Black people and white people could not enjoy a film together in the same theatre.

But now…all of that has changed, right? All of the segregation is gone, right? That was 50-something years ago, so people just need to get over all of that, right?

If only that were true. Racism today may not be as blatant or obvious, but it still exists and it is still very real. On top of this, if a person pushes back against racism, they are often accused of having a “liberal agenda”. This is heartbreaking.

On two separate occasions, I’ve been told that segregation is a biblical concept. Both individuals, who did not know each other, held this belief based on how God had separated people at the tower of Babel. So by their logic, God must be a segregationist.

Shortly after we adopted our son, Michael Brown was killed in Ferguson, Missouri, and the city broke out in protest over how the situation was handled. These events uniquely gripped our hearts because Michael Brown didn’t look like “some thug” (as so many labeled him).

He looked like a grown up version of our son.

The justice that the Black community was crying out for was the same justice we would hope for our son. Regardless of who was right or wrong in the situation, the truth is a young man lost his life. A human being—created in the image of God—was gunned down.  Michael Brown’s death brought national attention to inequalities that Black people had been pointing out for a long time. We dove head first into learning from Black pastors and leaders and our local friends in order to understand what their community experienced on a daily basis.  We needed to be able somehow to help our son navigate a reality that our whiteness had never forced us to experience.

At one point we were talking with someone about Ferguson and Michael Brown, and they told us it was his parent’s fault that he was dead, because of how he was raised. They then attempted to reassure my wife and I that our son would be OK, because we would raise him “right.” The implication was because we are white, we would parent this Black boy correctly. He would turn out better than Michael Brown, because our son wasn’t being brought up in Black culture.

This was very disheartening to us, and it made it clear what was in the heart of the commenter—whether subconscious or deliberate. What made it an even tougher pill to swallow was that this person was a believer, a follower of Christ.

And this wasn’t the first Christian we encountered who held prejudicial views. On two separate occasions, I’ve been told that segregation is a biblical concept. Both individuals, who did not know each other, held this belief based on how God had separated people at the tower of Babel. So by their logic, God must be a segregationist. These ideas weren’t just one-off instances where maybe they just had bad thinking. Their lives were characterized by prejudice and they tried to bend Scripture to fit their views.

This idea is clearly out of context with the rest of Scripture, especially because at the end of the Story we see people from every tribe, nation and tongue together around the throne of God. No longer disunified, but together worshipping Jesus.

Regardless of how people look, what they believe (or don’t believe), or the difference between me and the other person, I am to love my neighbor as myself. I believe this is the type of love that Jesus has called Christians to have.

Over the past few years, we’ve sat down with friends who are Black and heard their stories. We didn’t try to explain their experiences away or impose our opinions on them.

Our eyes have been opened, as well as our hearts. It’s become painfully obvious that, while segregation may technically be a thing of the past, racism and prejudice are still a driving force in our society.

This is injustice. There’s no other way to explain it. Treating or viewing human beings, people created in the image of God, as less than ourselves is unacceptable, especially for believers.

I believe the Scriptures speak loudly concerning God’s heart for all people and how believers should treat others. I take Jesus’ teaching to loving our neighbors as ourselves (Luke 10:27) as a literal command. And I find it very interesting that race plays a part in Jesus’ explanation of who our neighbor is. I believe He did so, because He knew the struggle that we would have with loving others, especially those not like ourselves.

In Luke 10, just after Jesus commands us to love others, He is asked: “and who is my neighbor?” Jesus then proceeds to tell the story of the Good Samaritan.

As the story goes, a man (presumably a Jewish man) is traveling from Jerusalem to Jericho. He is robbed and beaten and left for dead. While he’s lying there, a priest comes along, but quickly passes on by. Then a Levite (temple worker) walks down the road, but passes by the injured man as well. And finally, a Samaritan comes along, sees this wounded man, and helps him. The Samaritan is the one who demonstrates Jesus’ command to love his neighbor.

During that time it was not acceptable for a Samaritan to associate with a Jew (due to religious beliefs based on racial dynamics), but this man loved beyond himself and he loved beyond the norm. He loved beyond the boundaries that society had established.   I believe this is the type of love that Jesus has called Christians to have.

Regardless of how people look.

Regardless of what people believe (or don’t believe).

Regardless of the difference between the other person and I, I am to love my neighbor as myself.   This is what is required of us if we are ever to see the injustices of racism begin to be obliterated. Laws cannot change hearts. They offer temporary reprieve to systemic injustices, but changed hearts are a far more permanent solution.

My prayer for the Church is that we truly love.

I want the Church, the universal body of believers in Jesus, to become the glorious bride she’s called to be, and I believe that requires that we love. My prayer for our nation is that we repent of the injustice in our history, learn from our past, and press on towards being a land of the free. My prayer for my children is that they become the men and women that God has created them to be, and not be hindered by the prejudices of others.

Racism is a justice issue. It is a love issue. Which makes it a God issue. And for me it’s personal. Only as we love selflessly will we see this injustice destroyed and freedom ring for all. 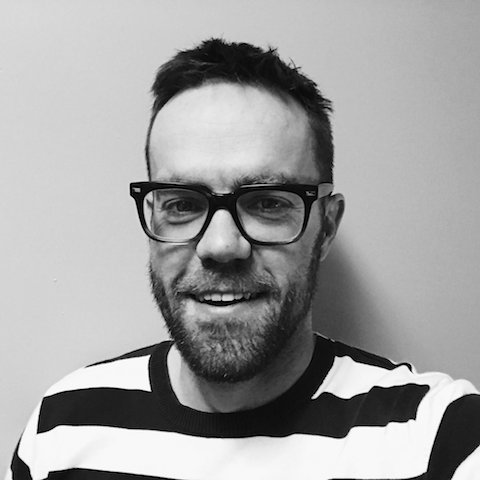 Chris Davis is a pastor and web developer in Louisville, Kentucky. He and his wife have four kids that keep them busy, but when he can find time, he enjoys building stuff in the garage. Follow on Twitter